Earlier this summer, Elite Construction + Development had the opportunity to sit down with Mason Fiascone, Multifamily Advisor with The Paragon Group, in an exclusive interview regarding the state of the multifamily construction market in the Tri-Cities, WA. With the onset of multiple high-density and mixed-used development projects around town, we took a deep dive into the various trends that are driving the growth in our region.

Q: What is your role as multifamily advisor?

A: My role is to serve my clients, who are investors in or developers of apartment buildings. So, anything to do with buying, selling, building, or owning apartments in the Inland Northwest – Eastern Washington, Northeast Oregon, and Northern Idaho. My role involves tracking the market, providing key insights to developers and managers, highlighting the differences between markets, and the list goes on. My goal is to be an expert so that I can serve my clients well when it comes time to buy or sell an apartment building.

Q: How did you get into multifamily real estate?

A: I got into multifamily brokerage because I love the world of real estate. From early on, I learned that the apartment niche is a powerful investment vehicle for developers and investors and that the demographics of the nation are driving multifamily construction growth. My wife was born and raised in Pasco, WA, so we know the Eastern Washington area well. At the time, no one was specializing in the apartment niche in the area – there were Seattle and Portland brokers but not a local expert, so I decided to jump in.

Q: You mentioned that the demographics of the nation are driving multifamily construction growth. What does that demographic look like?

A: First, there is the younger generation who is interested in lifestyle flexibility. If you look back fifty years ago, people got married and bought their first home with $10,000 down in their mid-twenties and they lived in that home for a long time. The current generation is marrying in their early thirties, having kids in their mid-thirties, and renting because they want to be able to switch jobs and move to a new place, which drives rentals. Then, there is the boomer generation. Baby boomers are growing in age and moving out of their homes into a more flexible lifestyle as well. They may be retired and want to live in different parts of the country at different times of the year without being tied down to one location. So, they are choosing to rent instead of own which also drives rentals. These two generations – the millennials and boomers – represent the largest generations alive today and they’re moving from owners to renters more than ever before.

Q: What do you think is fueling the population growth in the Tri-Cities?

A: First, the Tri-Cities is an attractive place to live in general. We have 300 days of sunshine, three cities to choose from, and affordability remains even though prices of everything have gone up in the past years. Seattle, Portland, and other major markets are a lot more expensive relative to the Tri-Cities. The short commutes, ability to play in the Columbia River, hike Badger Mountain, and enjoy Red Mountain AVA wines all make this a great area. Second, there’s the connectivity. The Tri-Cities is less than four hours to Seattle, Portland, and Spokane and less than five hours to Boise. We’re central to everything the Pacific Northwest has to offer, but without the downsides that some of the major metros have in terms of affordability and other factors. Third, there is a lot of employment growth. Groups like Solgen Power in Pasco and other Tri-Cities born and raised companies are expanding substantially and attracting employees from all over. Plus, there are national employers building a footprint in Tri-Cities as we cross over the 300,000-population threshold. We now have a potential second Costco location and two Amazon distribution facilities. As we continue to grow, there is a snowball effect. Employers enter and more people are recruited to move here and fill those jobs, then more homes are built and building homes creates more growth, and so on.

Q: What are the biggest trends you see in high-density and mixed-use developments?

A: High-density and mixed-use developments didn’t really exist in the Tri-Cities until the last couple of years. If you look across the Tri-Cities there is mostly two or three-story, wood construction, exterior walk-up apartment buildings. In recent years, we have seen projects like Park Place in downtown Richland and other projects in the pipeline that are four, five, and six stories with elevators and concrete parking structures. That’s what I categorize as high-density: more than four stories, structured parking, and the mixed-use with a coffee or sandwich shop downstairs. Previously, rent pricing didn’t support that type of construction. Steel and concrete are a lot more expensive than wood, so it was impossible to build a profitable four or five mixed-use project in the Tri-Cities until now. In the last two years, rent prices have grown 26%. So, a studio apartment that is 400 sq. ft. now costs about $1,200 to rent and that $3 per square foot supports a new kind of construction. The financials for developers now make sense to build commercial, mixed-use properties.

The other trend in high-density and mixed-use developments revolves around location and amenities. Instead of building along the town perimeters where there is vacant land, developers are coming into the city center and building up. This brings people back to town, decreases the need for cars, and creates more of a downtown hub, which the Tri-Cities lacks. The second piece is amenities. The work-from-home trend has been driving migration to the Tri-Cities, which I neglected to mention before. As people telecommute from Seattle or Portland, they can live here and work that same job. Even if it’s a one or two days a week hybrid work environment, this trend is driving apartment amenities to include common spaces, conference rooms, and work centers. It’s also driving floorplan designs of new apartments. Instead of a true one-bedroom, a unit is now a studio with a den that works as an office. A two-bedroom, one-bathroom unit is now a one-bedroom with an office for the tenant, instead of having a roommate. Tenant preferences are changing as they realize they might be working from their apartments as much as they are living in their apartments, which doubles their time at the apartment complex. So, tenants also want a nice gym and pool to actually use, whereas they might have not used before. This trend is driving the amenities being built in new developments, so it’s important for developers to have local market insights to implement into their designs.

Q: How many new multifamily developments are built per year?

A: I try to study this closely and track what permits are being pulled and what developers are active in the market. As a baseline, there’s about 15,600 multifamily units today. Over the last three years, that inventory has expanded anywhere between 8% to 10% each year, so about 900 to 1,300 units are being built every year. In 2021, roughly 945 units came to the market for lease. In 2022, around 1,356 units have come to the market or are coming to the market for lease. Prior to 2020, there were only 400 to 500 units built each year, which equates to about four or five developments. Meaning the number of multifamily developments per year has almost doubled or tripled in the past two years.

Q: What is something we haven’t asked that you’d like to discuss?

A: I would say that many of my local clients are craving specialists. The Tri-Cities has been a market of generalists for many years because of it being a small market. Well, the Tri-Cities is now big enough to require specialists for each avenue of work – commercial real estate brokers, construction companies, even insurance brokers. As the Tri-Cities grows, there is a lot of opportunity for people to specialize in multifamily and become an expert. I’m excited to see that change in the market because it will breed innovation and ultimately be good for those who call Tri-Cities home.

The other thing I’d add is in terms of who is developing in the Tri-Cities. There are nine to twelve projects being built per year, but who’s doing it? I found that over the last couple years it has mostly been Portland, Seattle, and Boise-based developers. These developers have seen the growth of the Tri-Cities and want to bring their construction expertise and knowledge about what consumers want into our market. So, when we see undeveloped places that should be the hub for working and living, these areas will become more vibrant over time as outside developers – who see beyond the Tri-Cities as it has been for the last 20 years – come into the market.

And of course, we don’t want to lose the things that make the Tri-Cities great. So, back to my previous point, we need local multifamily specialists to partner with out-of-town developers and make a lasting impact on how the Tri-Cities is developed. So, I’m really excited for the future of the Tri-Cities.

Talking about local experts, did you know that multifamily construction is one Elite’s areas of expertise? Learn more about our high-density capabilities and check out our multifamily projects including our newest, upcoming mixed-use development: The Falls at 24th. At Elite Construction + Development, we look forward to continuing to build and develop our hometown – the Tri-Cities, WA.

Stay up to date with the Tri-Cities multifamily market, follow Mason Fiascone on Twitter @multifammason and sign up for his monthly newsletter at multifamilymason.com for the latest market insights, updates, trends, and data.

A huge “thank you” to Mason Fiascone for being our featured guest as part of this industry-expert Q+A interview. Celebrating Construction Appreciation Week: How Can You Get Involved? Elite Construction + Development is a small company with an incredible vision. It owes much…

Elite Construction + Development is a small company with an incredible vision. It owes much of its success to unfettered collaboration and a communication-first approach, which is now at the… 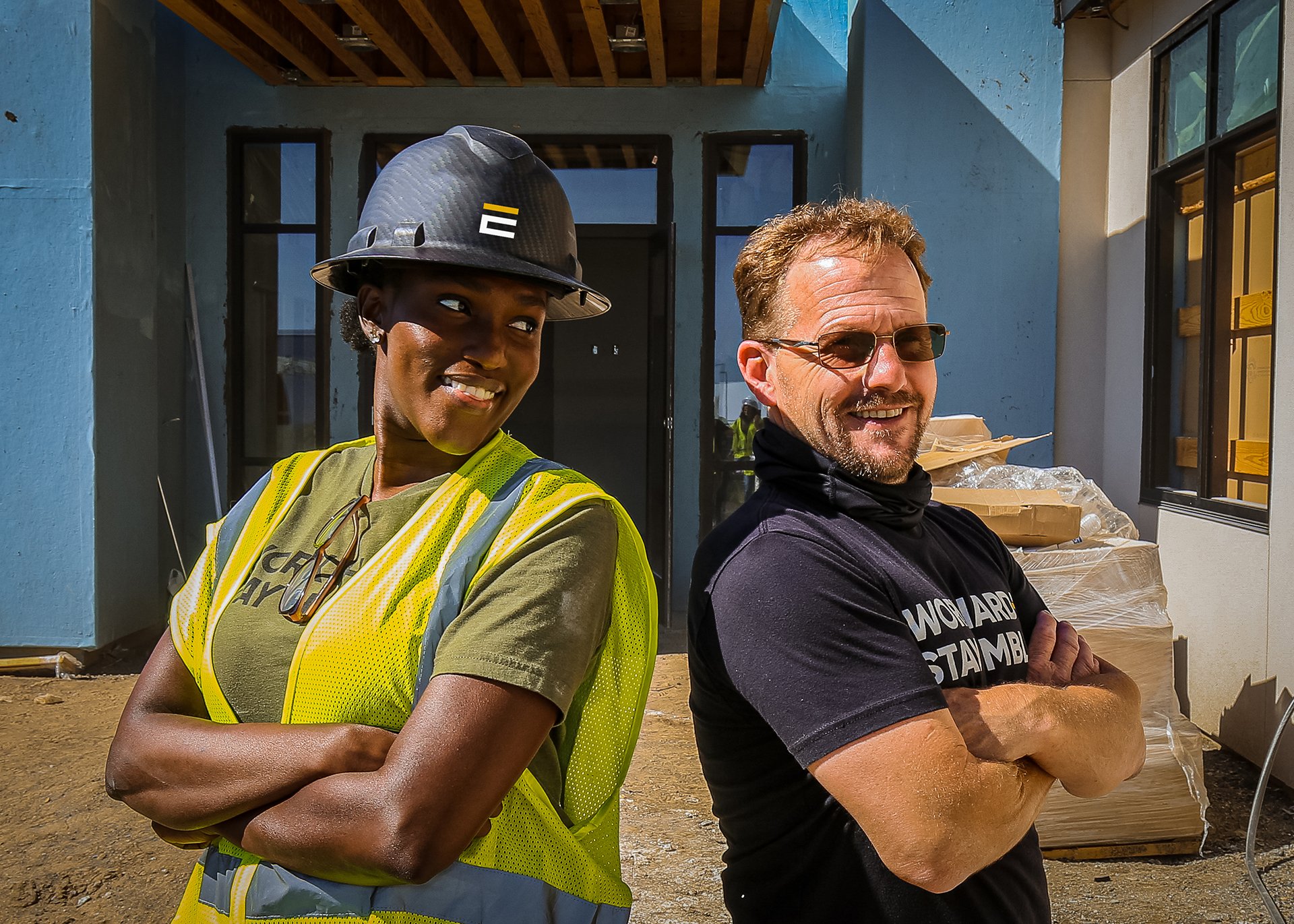 Elite Construction + Development is a full-service general contractor based in the Pacific Northwest. We offer comprehensive government, commercial, and high-density construction support and services. Our motto, “Work Hard. Stay Humble.”, is our long-standing commitment to provide unparalleled client service and to do so with honesty, integrity, innovation, and a resolve to make the end-product next level. Welcome to an Elite way of doing business.